La Méthanisation
Why go into biogas?

Operation of a biogas unit

Biogas production is a natural process of recycling fermentable organic matter, in an oxygen-free environment, due to the action of numerous micro-organisms that transform the organic matter into biogas and digestate. This transformation can be broken down into 4 main stages: hydrolysis, acidogenesis, acetogenesis and methanogenesis. It takes place naturally in certain environments, such as marshes, but can be implemented voluntarily by man in dedicated units called "digesters" and under controlled conditions (temperature, tightness, absence of oxygen, low pressure, etc.).

Methanization allows the production of a gas, called biogas, composed of methane (CH4) at 60% and carbon dioxide (CO2) at 40%, which can be used as energy in the form of electricity and heat thanks to a cogeneration engine, as biofuel or which can be injected into the natural gas network after a purification stage, becoming biomethane. 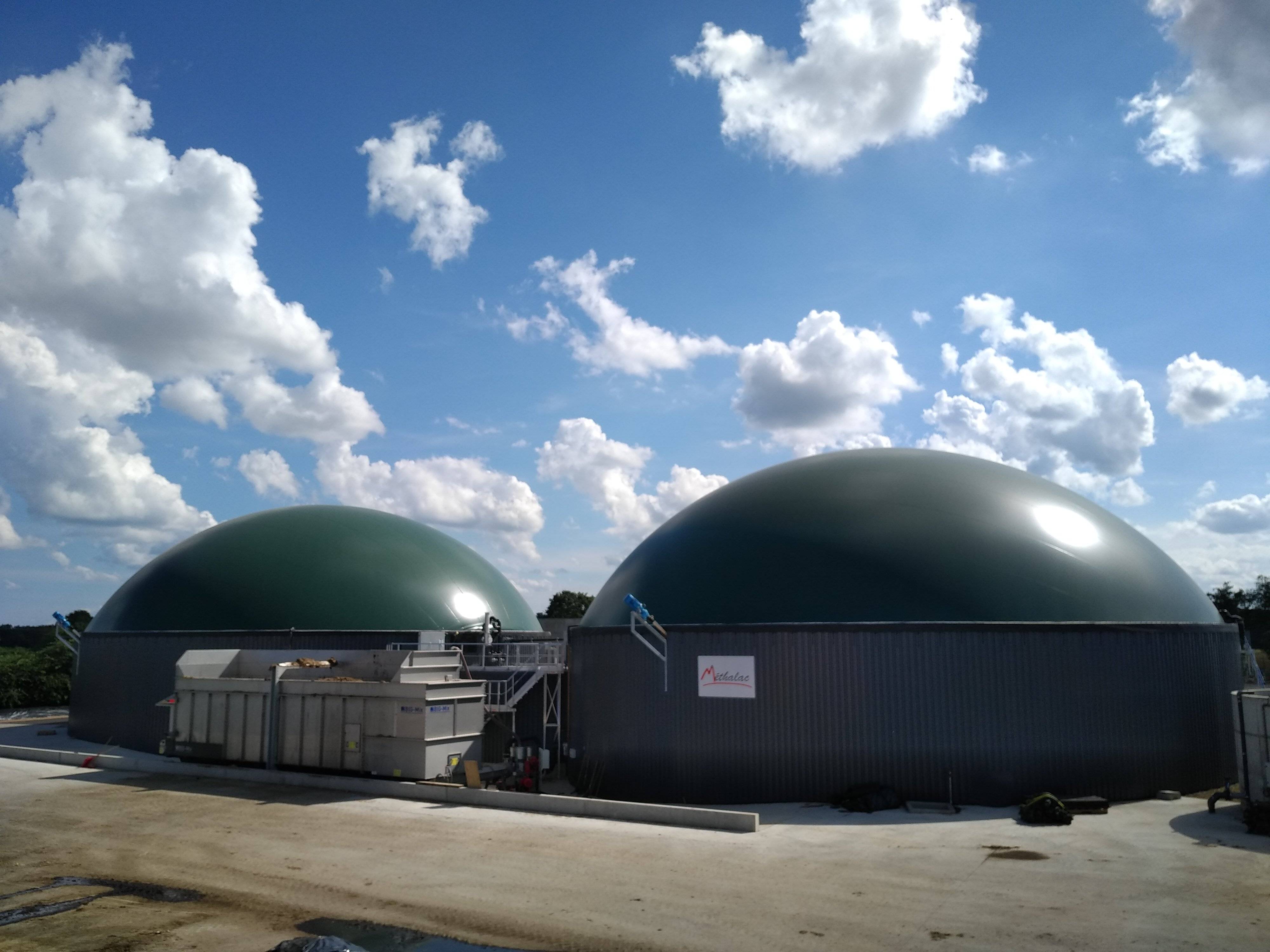 The agricultural biogas is not a new process!

It is a natural process of degradation of organic matter in an oxygen-free environment that produces a gas, called biogas. This degradation is done by bacterial way in particular conditions (PH, temperature, ratio carbon/nitrogen, etc.) Indeed, a complex population of bacteria will transform the organic matter introduced in the tank whose duration of stay is approximately 60 days, to produce this biogas. This reaction generally takes place at 40°C, a temperature ensured by continuous heating of the tank called digester. The biogas is composed of about 50% to 65% of methane (CH4), 20% to 50% of carbon dioxide (CO2) and some trace gases (NH3, N2, H2S). The biogas recovery allows to obtain energy in electricity, heat or biofuel as well as digestate (natural fertilizers) which can be recovered within the framework of a spreading plan.

Advantages of biogas as a renewable energy source 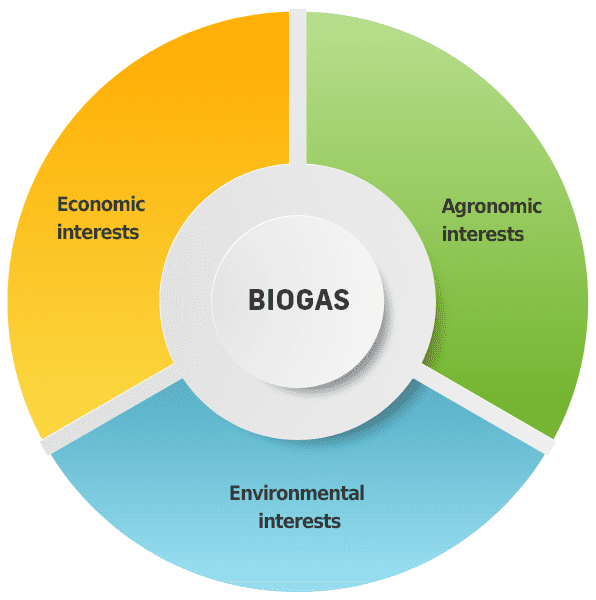 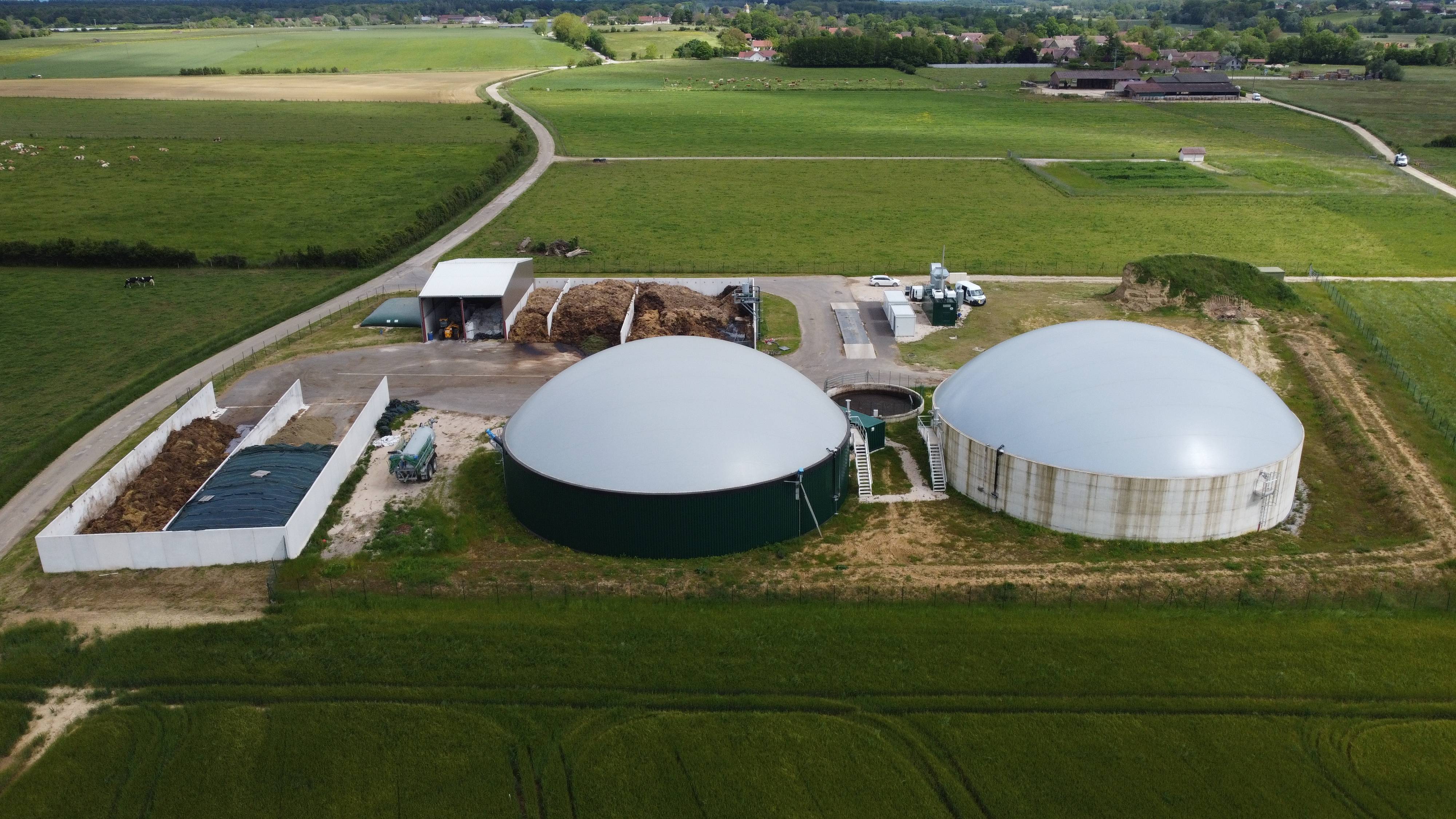 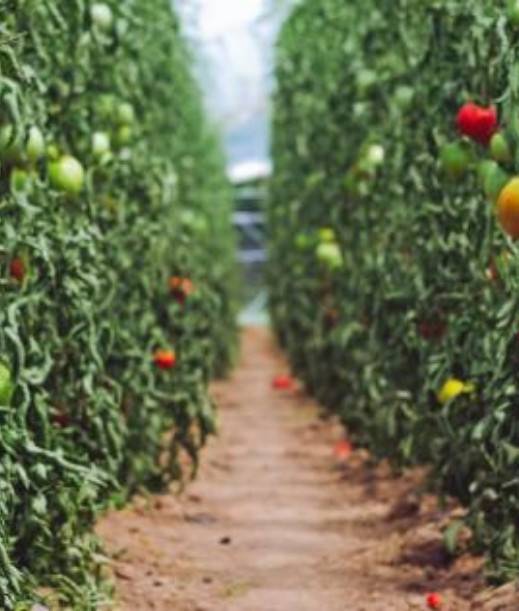 Environmental interests, take the role of the ecological transition!

The process of biogas allows the production of a renewable and profitable energy, while improving the environmental performance of your farms. It comes in different forms:

Biomethane replaces fossil fuels such as oil and coal. 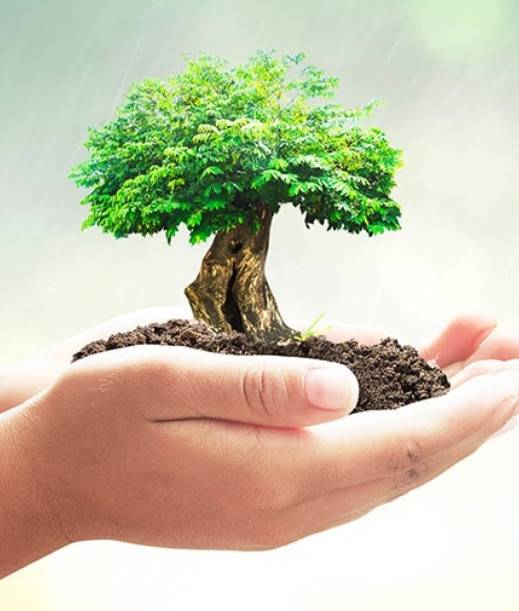 The process of biogas production also enhances other environmental aspects: 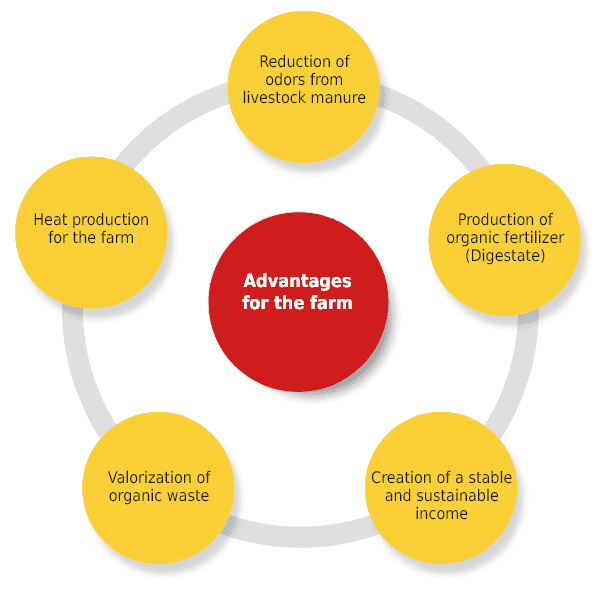